About The Reid Business… 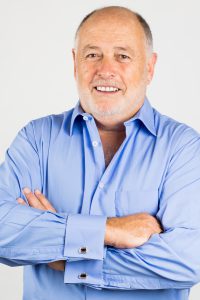 Graeme Reid leads a team of highly skilled, yet independent, professionals that deliver their services to dedicated projects.

The experience of Graeme Reid’s varied corporate roles, aligned with his own extended entrepreneurial experience, has given him the ability to work with both SMME operators as well as individuals in larger organisations. The wide range of industries and environments in which he has operated further reinforces this ability.

His initial corporate career was spent in retail fulfilling Operational and Human Resources roles within major South African companies. During this 25-year period, he accumulated considerable amounts of experience in General Management, Strategic Management, Human Resources and Change Management at senior levels. He then became a partner in a strategic market research and consulting company and, thereafter, started and operated his own businesses in franchising and fast service restaurants.

While operating these businesses, he was approached by a consulting company (specialising in Human Resources and Psychometric tools) to become their General Manager. This extension of experience led him to develop his own consulting assisting clients in strategy, labour law and manpower development. This grew into broad management consulting and advisory business with a debt counselling practice being added in 2009.

His Company’s Seta registration and “learnership” management contributed to increased awareness and appreciation of coaching and the role it plays for both individuals and businesses. Further research resulted in travelling to the USA and becoming an accredited ActionCOACH (business coaching). He subsequently completed “The Professional Certificate in Coaching” conducted by the Henley Business School; from whom he has an earlier MBA.

An approach by a newly listed (client) company, in the research and data industry, to assist them with the challenges that resulted from their merger and Stock Exchange listing resulted in a return to corporate life; embracing organisational development with a sizeable in-house coaching role.